What is a wireless pump? 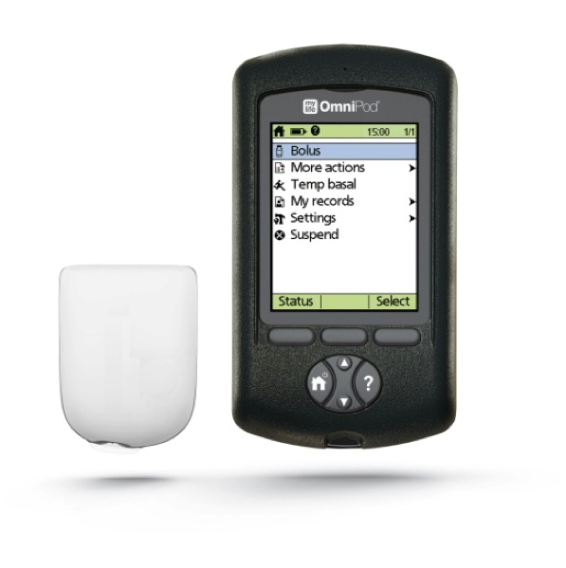 A wireless or patch insulin pump attached directly to your body so there isn’t the additional tubing you have with standard insulin pumps. They are slightly smaller than traditional pumps and are operated by either a remote control unit or smartphone with an integrated bolus calculator.

At the moment there are three patch pumps that are currently on the market in the UK, these include:

Although the features vary between each model of patch pump, they all operate in a similar way – all of them have an insulin reservoir or ‘pod’ which delivers the insulin and a handset which allows you to control and monitor insulin delivery.

The reservoirs hold enough insulin for 2 – 4 days, depending on the model. Some you can refill with insulin yourself, whilst others have a disposable reservoir patch that you replace every few days.

The exact features of the handset vary between models as some have integrated blood glucose monitors, carbohydrate calculators or pair with compatible continuous glucose monitors (CGM’s).

To see the features of each of the patch pumps available in the UK, have a look at the user guides for Omnipod DASH, Accu-Chek Solo and the A6 TouchCare System.

Patch pumps can be placed on your legs, arms or stomach. Ideally, you want to place it in a site that has a fatty layer, where it won’t be dislodged by clothing and won’t be affected by folds of skin when you’re sitting.

You should also avoid areas where you have a scar, mole or tattoo as that may affect insulin absorption and you shouldn’t place it in exactly the same position every time to avoid skin irritation.

There is no difference in calculating your basal and bolus insulin doses with a patch pump compared to a traditional insulin pump.

All material copyright 2023 to MyWay Digital Health. All rights reserved.